Leading up to the Event
I had hoped to go to WDYTYA Live in 2011 but a mix up with dates meant I was unable to go so I decide that this year was to be my first visit to the event. Originally I was to make a weekend of it but before I booked anything I realised I would be on my own. For this reason I decided that although it would make a long day I would travel down on the day and return on an evening train.
In the days before the show I received the latest editions of the 2 family history magazines that I have subscriptions for Your Family History and Your Family Tree. The former had items of interest with a bit about tropical diseases including Malaria which mentioned Ronald Ross (see my earlier posting Sunday, 17 May 2009). There was also mention of a new BBC series about the work of Francis Frith the photographer presented by John Sergeant. Francis Frith was married to Mary Ann Rosling (sister of Alfred Rosling, the first treasurer of the Photographic Society)and as you can see in my earlier postings my husband is a Rosling descendant and a distant cousin of his wife.
Your Family Tree had an article which mentioned the Titanic as this year is the centenary. I have previously posted about my link with Captain Haddock and have put a link to this on the magazine forum. I caught up with Adam (YFT Editor) at the show and he suggested I posted a reminder on the forum.


Now to recap my day at WDYTYA Live.
I spent the morning going from one SOG presentation to another and was so glad I paid extra for my advance ticket. Given that there were no tube trains running to Olympia until 10.15 and I needed to be there for 10.20 I took the tube to Barons Court and the train and tube were running on time. A quick walk to Olympia straight in and I was there in plenty of time for the WDYTYA experience of Larry Lamb, whose episode had been voted the best one in the last series. He appeared very relaxed and his sister who had been seen on the programme was there in the audience.

Next up was a talk by Lisa Louise Cooke who had flown over from California to present on Google Earth for Genealogy. Unfortunately she had a problem with her laptop not having a suitable connector. Else Churchill had lent her netbook but she was having problems with the video until the tech guide managed to find another laptop. However as a seasoned presenter this did not phase her and she explained how we could use Google Earth to bring our research into context, especially for the non-genealogists in the family. I found her talk most inspiring and I bought a copy of her DVD Volume 2. She had sold out of Volume1, but as a Premium member of her podcast Genealogy Gems ( which can be found at http://www.genealogygems.tv/INDEX.htm ) I have access to the videos online. Now all I need to do is to decide eactly what I want to put into the presentation and whether or not to add an audio file.
You can find the DVDs here http://genealogygems.tv/Googleforgenealogy.htm .

The final talk was by Gill Blanchard on Norfolk. I had problems finding this as I didn't realise it was downstairs and managed to get a seat just as it started. She went through the variety of records available for Norfolk research most of them I knew there were some I had not come across and when I have time I must have a look for some of the websites that she mentioned. The biggest problem I had with this talk was an inability to see all of the screen.

By this time I was hungry and thirsty and managed to grab a sandwich and a drink.I then had a wander around the stands on the ground floor before my meeting with an expert to try and find out where to go next with my search for my husband's Irish ancestor. Apart from needlessly joining a queue and my expert being double booked I was pointed in the direction of a free website which may be helpful, otherwise I may need to visit The National Archives to consult the muster rolls as he was in the British Army.

I visited the Wiltshire Family History Society stand and signed up to joined them. They gave me a membership form to complete so I found somewhere to sit down to complete it. This was the Genes Reunited presentation area and Anthony Adolph was about to start a presentation on DNA mapping. Since he only had an audience of 3 including me he decided to make it a more informal discussion which worked well.

I had one last look around the stands and picked up a Postal Museum leaflet and one of the My ancestor was books from SoG bookshop on Merchant Seamen and decided to give myself plenty of time to get the tube back to Euston and the 19.10 train home.

One thing you need for these events is stamina and the more you plan ahead the more you get out of the day. I had intended to speak to someone on the stand from Jersey but forgot. So remember the motto of Scouts and Guides and Be Prepared.
Posted by Hilary Gadsby at Tuesday, February 28, 2012 No comments:

This time last week I was catching up with the Live streaming of Rootstech 2012.
I watched what I could last year and found the 2011 Rootstech to be an eyeopener even though only a small part of it is shown online.
The opening speaker set the scene of the coference well and there are some great plans in the pipeline.
The advances being made to upgrade from GEDCOM to something more useful is probably the most significant point made by Jay Verkler this will impact on anyone who uploads a tree to the internet or shares information.
I look forward to seeing this come to fruition as it will impact on how we use genealogy websites.
I felt that the theme was where are we going with collaboration and it appears that we are heading towards the models of Geni and WikiTree but with more links between the various website providers.
To see the sessions that were streamed go to  http://rootstech.org/live#
Posted by Hilary Gadsby at Thursday, February 09, 2012 No comments: 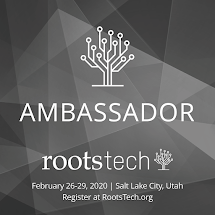 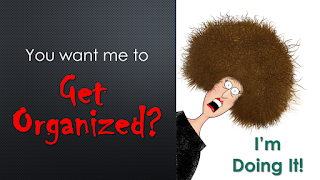